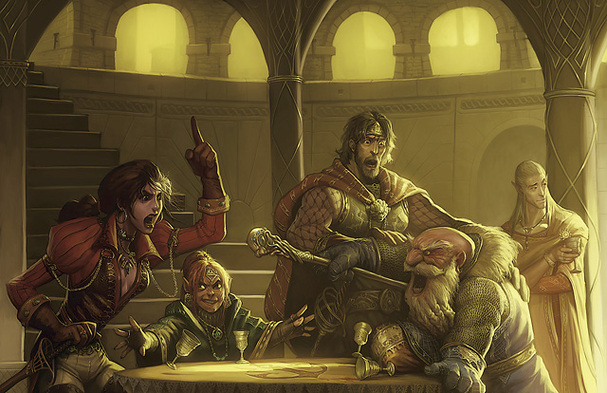 I have this hobby tic, this obsession with skirmish squads, adventuring parties, salvage crews, cyberpunk gangs, shadow-ops teams… I get a kick out of hunting down miniatures, matching aesthetics, regardless of manufacturer, to come up with a cool troop for whatever scenario had fired my imagination.

Few months ago – around the time I made my modular dungeon – I decided to create a generic Dungeon Crawl Party: Wizard, Knight, Rogue, Cleric, Ranger, Barbarian… you know the ones. My starting point would be Hasslefree Miniatures. Now the lion’s share of my fantasy figs are from Reaper and they’re outstanding. But this time I wanted a different look, as well as the opportunity to work on my painting skills.

To be honest, I chose HF because I’ve always found Kev White’s figs, along with Corvus Belli’s Infinity range, pretty intimidating. What with the incredible detail, dynamic, and character, not to mention the ridiculously superb examples floating around various sites and forums, I simply wasn’t confident I’d do them justice.

But the inspiration kept gnawing at me, so I made up my mind to try. Not to compete but work on technique. I stuck with a limited palette, but I made a conscious effort to paint each figure separately, as an individual character. I slowed down my ‘table top standard, assembly line’ approach and spent more time trying to pick out extra details, dry brush, maybe highlight. I spent a little more time on the bases. We’re not talking Golden Demon here, just a notch or two above my usual.

The results are below

There’s a vague ‘Northman/Barbarian’ look to them (must be all those fur pelts) and they’re certainly not Competition standard, but I’m pleased with the results.

Now you may have noticed there’s no Wizard. I tried several, really, but none of them ticked all my boxes for this bunch. But I think I’ve finally found one: Meksant Farseer from Lucid Eye’s Red Book of the Elf King range. (and I want all of those miniatures now, thank you.)  He’s in the mail. I’ll post photos and a group shot when he’s done.

So there are seven of us who meet weekly to game now. I consider myself exceptionally fortunate to be able to game with so many great guys. Even more remarkable, word of Game Night has spread and there might be a new player coming next week.

At this point, an RPG is the only way to keep everyone involved and I have to say SYMBAROUM does a fine job; easy system, darkly beautiful setting, evocative artwork, loads of GM material… really can’t say enough about how robust and deep the game is. You should get it. Seriously.

On that point, I got some color on three new figs: Sister Althea, representative of the controversial priest Father Sarvola; an alternate fig for Tom’s character, Tior Huldrasson; and an ‘as-yet-unnamed’ Rogue for our potential new adventurer. 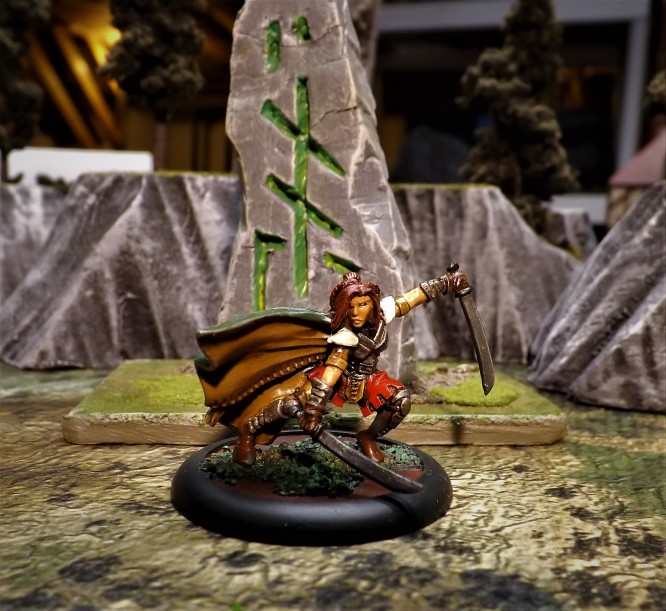 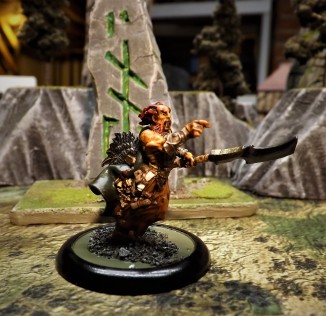 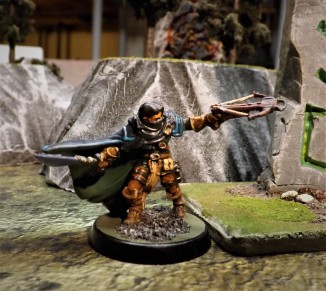 Enough for now. Have an excellent weekend. More to come, including a major ZONA ALFA Bat Rep.