The party had been hired by a local duke to pursue a gang of thieves that has been terrorizing the towns and villages on his lands. After the most recent raid, the group – an Elf Druid, an Orc Mercenary, a Dragonborn Paladin, and a Dwarf Runemaster –  tracked the bandits to their hideout in some ancient, unnamed ruins, deep in the hills.

They watched and waited, and attacked after midnight once most of them were asleep. It was quick work, bloody work. After all, the Duke made a point of saying all trial costs would be deducted from the bounty, so proof of death was all that was really required here.  The Orc made sure you had several small barrels and a large bag of salt on hand to preserve the necessary evidence.

However, a few of the thugs tried to make a stand in what was left of the old keep. That just made the job take about 15 minutes longer. Once that was over though, the Elf noticed a draft coming from a fissure in a stone wall at the back of the ground floor. Even more odd, he noticed the masonry didn’t match the rest of the keep. It was old yes, but different stone, poorly cut, crude.

Curious, another 15 minutes, a crow bar, and some sweat revealed a passageway behind the false wall, with steps that lead down into the dark. Someone raised a lantern and there on the second step under the dust and cobwebs was a gold sazide: a coin from the first Prahan Dynasty. The last of that line died two centuries earlier, but the detail on that coin is as crisp as the day it was minted. The gold alone is worth a month’s wages, easily; the coin as an artifact is worth twenty times that to a collector or historian.

The steps end in a corridor. Raising a lantern, the party spies the Inscription chamber dead ahead. Aside from the usual muck, musty air, and rotting barrels, the passage is clear.

Inspection of the Inscription Room reveals a carved dedication to

‘Lord Aolin Tharnulf who secured the Northern March for the Empire, ruled justly and wisely for 68 years, and brought Light and Law to the land.’

There is a diagram of the Tomb that shows both Lord Tharnulf and his Seneschal are interred here. This Lord Tharnulf must have been part Dwarf or had serious connections with the clans because the Crypt Builder’s mark is a very ornate Dwarf rune. And his Steward’s name was Manus Graybeard.

“A Dwarf named ‘Graybeard’… that’s not cliche,” snarked the Paladin. 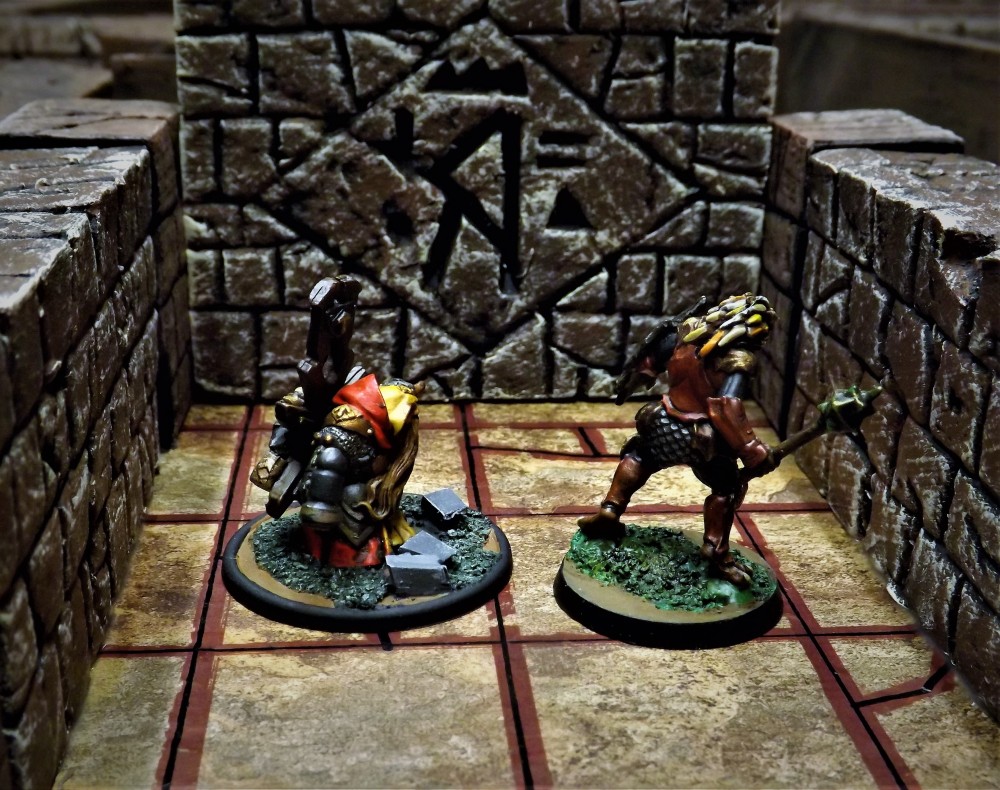 Meanwhile, the Elf takes up guard facing the right passage while Orc moves left to find the hall barred by a pair of interlocked pillars. No way past them but there’s a clear opening for a keystone to unlock them.

“Guess we’re going right,” the Orc calls out. “Eyes peeled for a keystone, everyone.”

The party moves into the other hallway only to be attacked. A huge spider and four giant cockroaches drop from the ceiling. 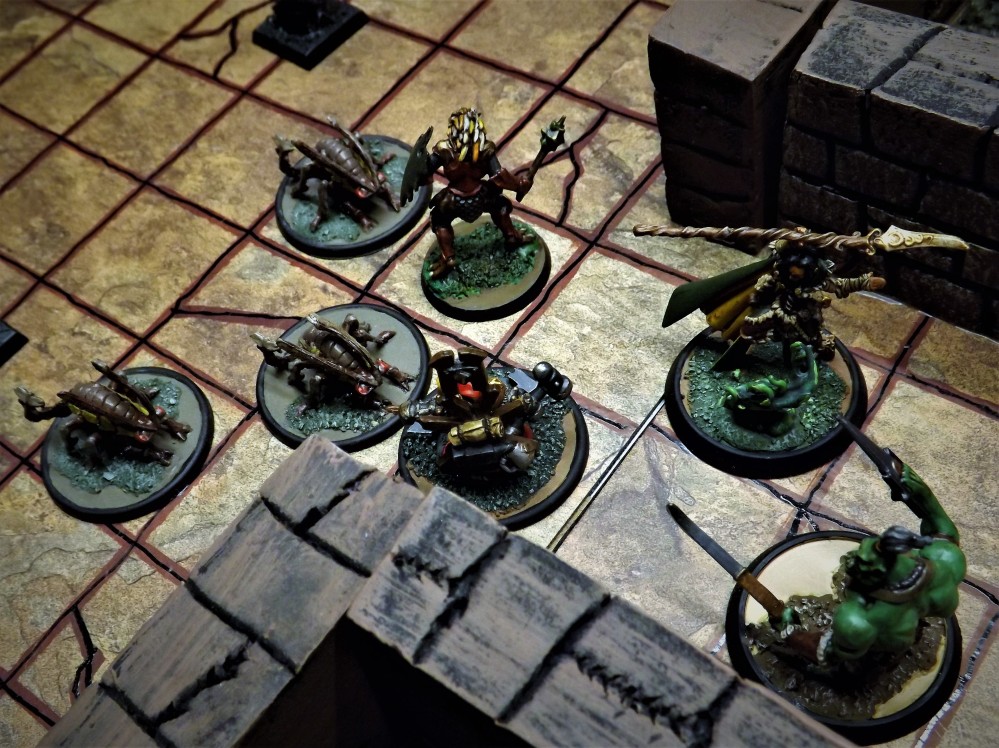 The insects prove incredibly difficult to kill, to the point of mauling the Orc so bad he needed healing. Eventually (far longer than expected) the party dispatched the insects and proceeded into the large chamber.

All four members were so excited about two chests in a small side room that yielded useful items that no one noticed the large black pillars covered in arcane symbols in the middle of the chamber.

The Dwarf spotted the Seneschal’s Tomb and in his haste, stepped between the pillars on his way to the hall.

The air quivered and popped. The room temperature plummeted. There was a deep grind of stone as a section of the wall slid back and out stepped three ogres. Angry ones. With clubs.

‘Nasty, brutish, and short’ was the phrase that came to the Orc’s mind as he reflected on the battle afterward. (for he was a rather pensive greenskin) Fact is, the ogres were destroyed in the time one would think it would take a group of experienced adventurers to squash insects.

Once the smiting and slaying were accomplished, the four comrades entered the Seneschal’s Tomb, located more treasure, a rather ornate keystone which definitely looked like it might fit in a pair of interlocked pillars, and (finally) noticed an inscription engraved around the base of the stone throne.

Four are the Guardians of Lore

Three are the Doors to the Tomb

Two are the Keys forged in War

One is the Portent of Doom

“Oh great, a cryptic rhyme,” muttered the snide paladin. “Probably some kind of long lost prophesy. Guess we’ll find out next week in the other section of…