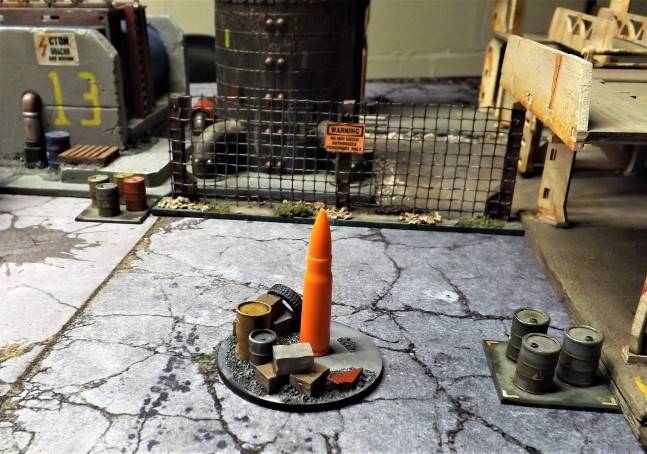 Ivan’s Bunch and Pavel’s Crew were kitted out similarly, each with one Leader, a shotgun-wielding Close Combat specialist, a Medic, and comrades with SMGs and AK-74. The Leaders armed up different: one with an AK74 with an under-barrel grenade launcher, the other opting for a scoped AK-15 Battle Rifle.

The crews filled their Equipment Slots differently too: Pavel’s lads went with pretty standard load-out, med-kits and such. Ivan’s Bunch went heavy on grenades and E-Juice. (amphetamine and vodka with a twist of lime) Seven Turn Limit, deployment in the back 6″ of their respective table edges, and the fight is on. 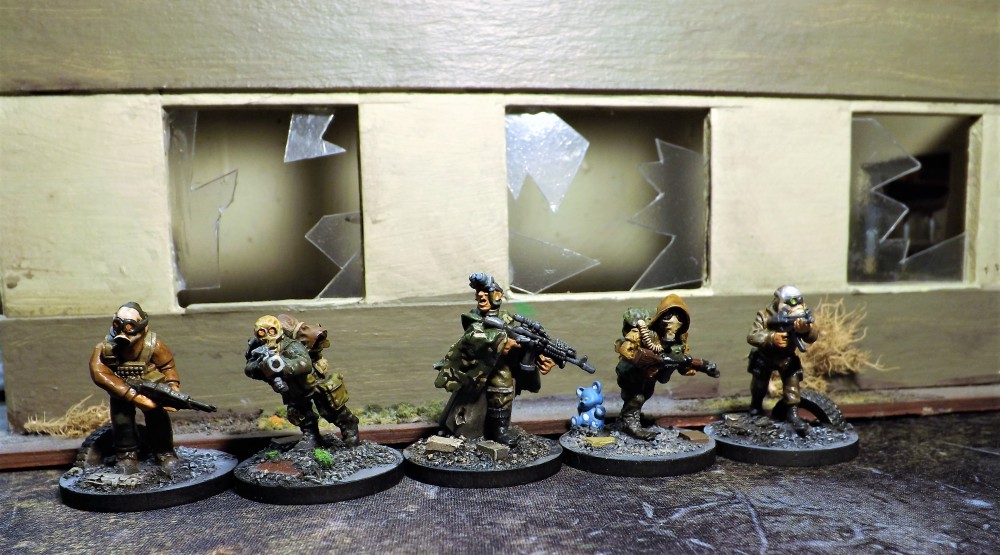 First Turn saw crews slinking along buildings toward the secondary Hot Spots and jockeying for better angles and lanes of fire. 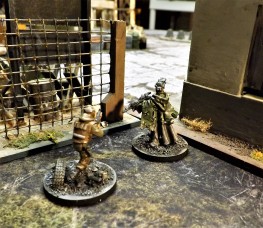 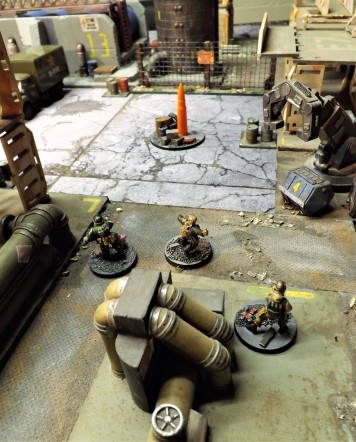 Turn 2 someone on Ivan’s team had the bright idea to Bolt Toss the Main Objective and trigger the Zone Hostile – a mutant.

Meanwhile one of Pavel’s men does the same to the Hot Spot with the dead Stalker. Two zombies spawned nearby out of the nearby garage and charged him. 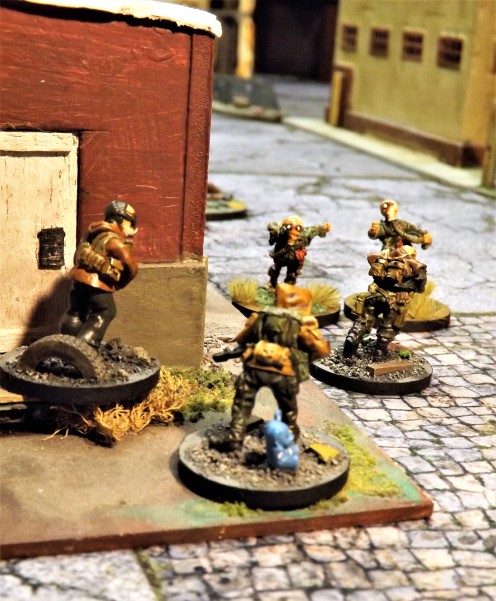 On the far side of the table, Ivan’s shotgunner faces down the Mutant! (they may not have range, but up close they’ll drop just about anything) 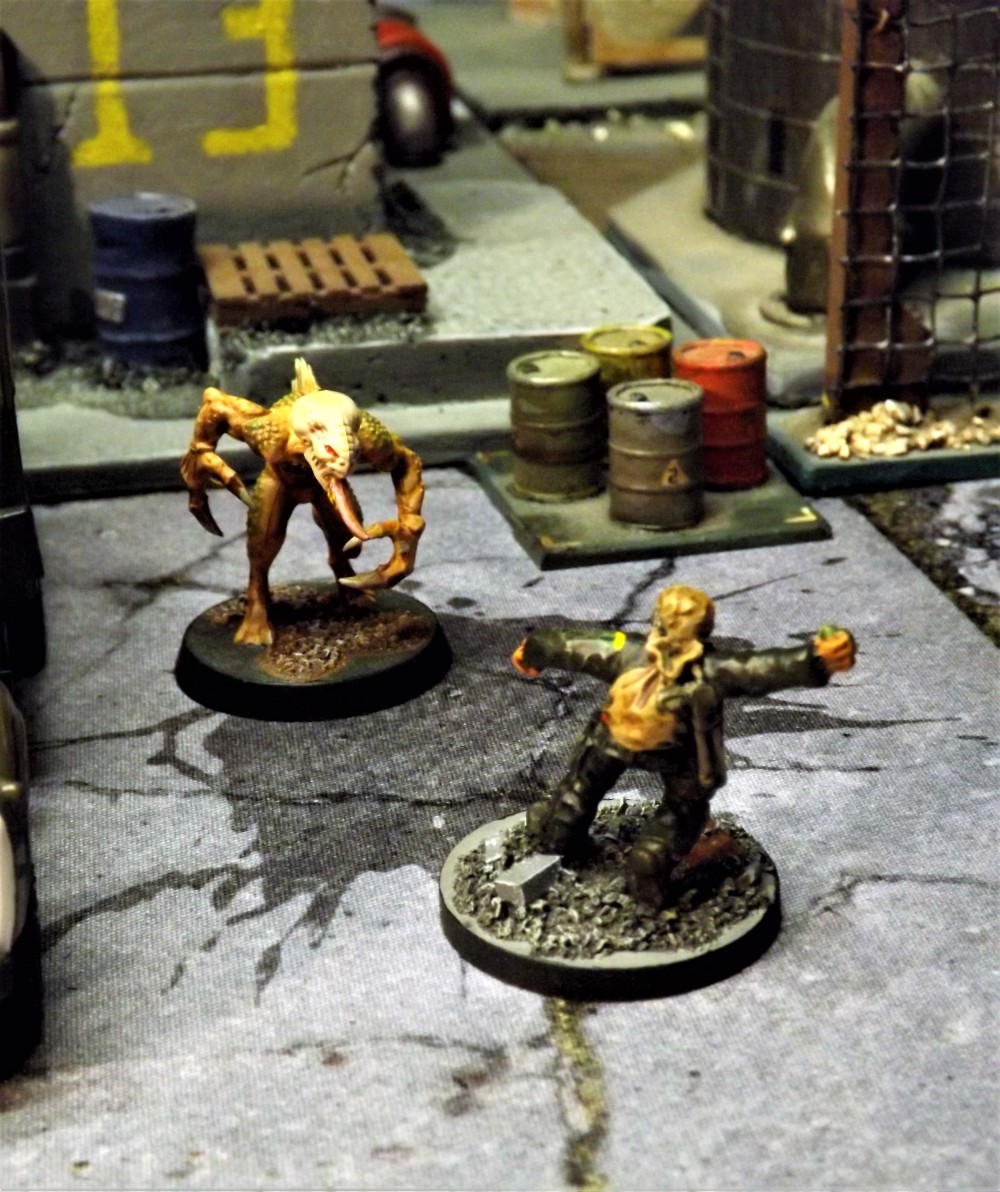 Pavel dropped one of Ivan’s men who was on the office balcony and Ivan sees a chance to bloop a grenade on three of Pavel’s men who, after taking down the zombies, stood around it the open congratulating themselves.

Mutant down in the center, a couple of Ivan’s boys trigger the nearby secondary Hot Spot. Feral dogs rush out of the shadows of the complex but good rolls from the SMG turn them into puppy chow. 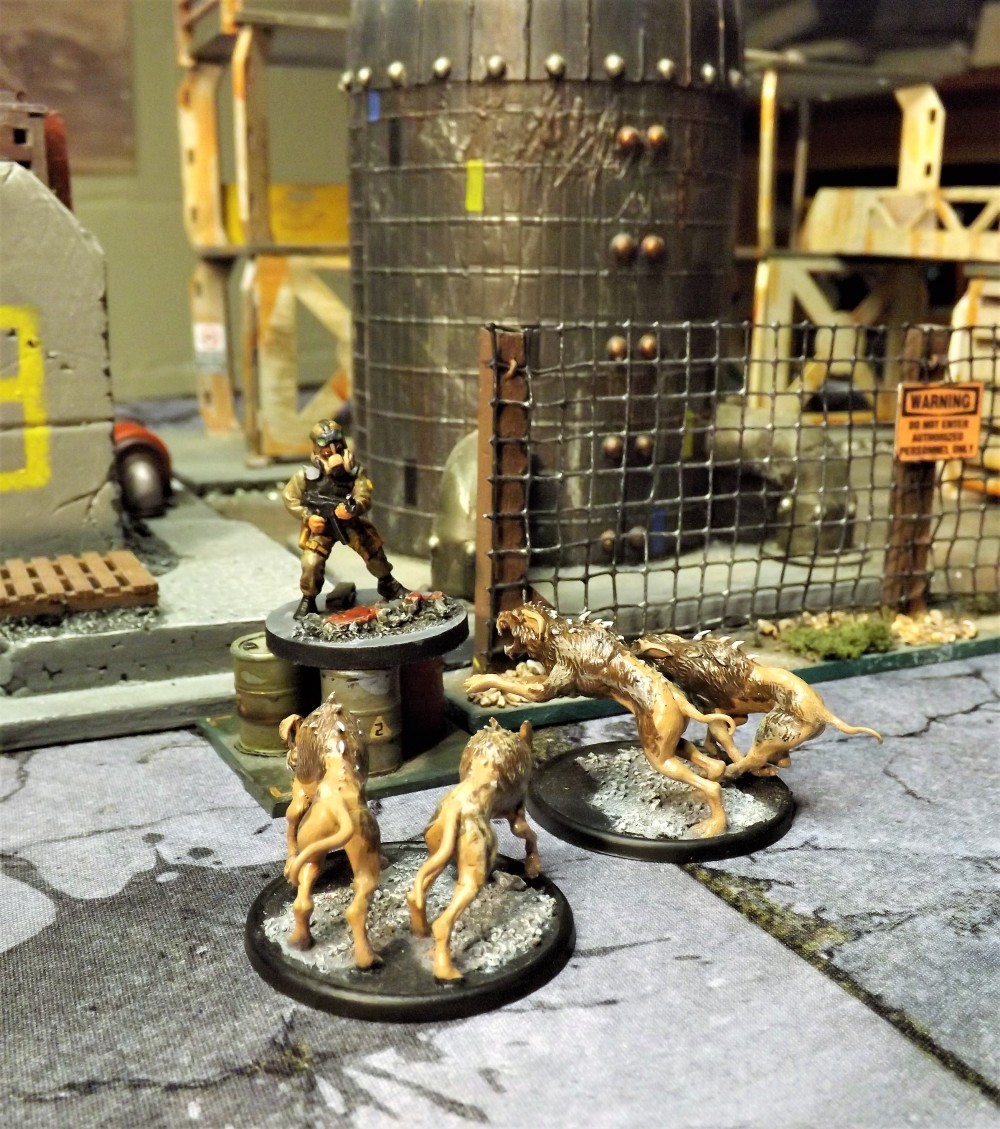 An Emission imminent, the game ended with Pavel ordering three of his men to fall back while he chased Ivan into the first floor of the office. 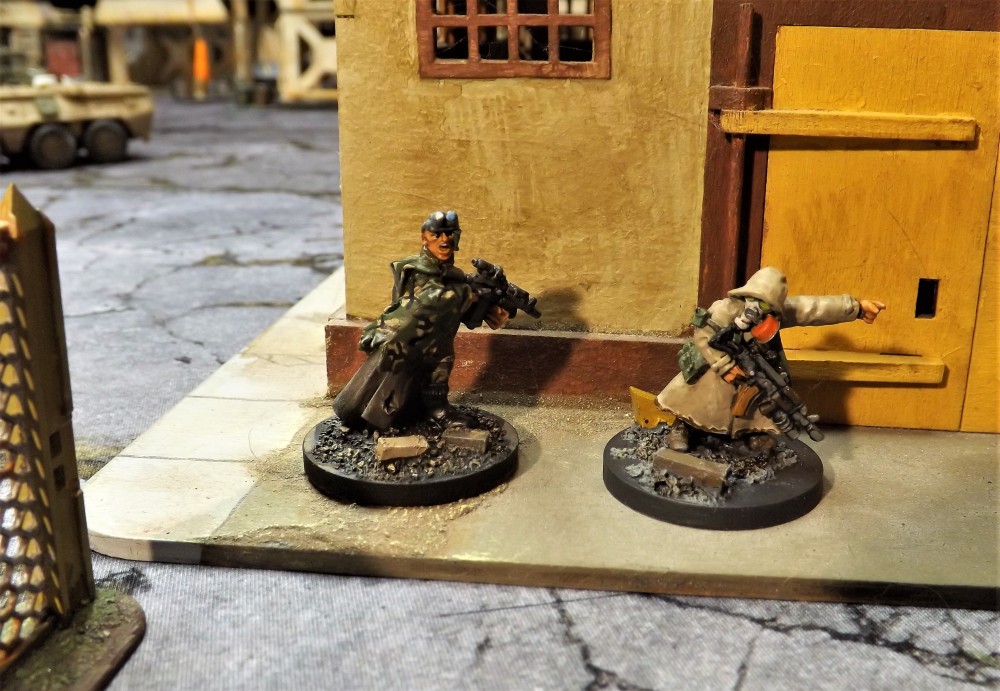 Final Tally: One crew member down on each side. Ivan’s crew gets Advances and Salvage from the Mission Objective and one Secondary Hot Spot. Pavel’s boys manage to take the Salvage and a pair of Binoculars from the dead Stalker Hot Spot. Not great, not bad: another hard day’s work in the Exclusion Zone.

Movement, combat, morale checks all that went smoothly.  To speed up the pace with two commanders per team, each side could activate up to two models per Activation.  Altho we’re asking for donations to buy a Chess clock for certain commanders who strategize too much between turns. *cough, cough* Matt. *cough*

All in all, the Zone smiled on our efforts. More next week.

Shameless Plug: If any company wants to see their 28mm Russian figs in action, we’d be happy to take some, color ’em up, and use them in the Zone. Contact me here and we’ll feature them in a post and Bat Rep.