“Where have you been?” the Paladin snapped. “Spiders, roaches, ogres, all manner of creepy crawlies coming out of the stonework, and you’re upstairs looting bodies.”

“Scared of bugs, are you?” the Dark Elf corsair smiled thinly. “Don’t tell me I have to hold your hand.”

The party was joined by a Dark Elf Corsair, (Max) who probably was looting bodies. He arrived just as his woodland cousin the Druid handed the keystone to the Orc mercenary who unlocked the pillars blocking the way into the rest of the crypt. Together, the five of them advanced down the corridor to the library. 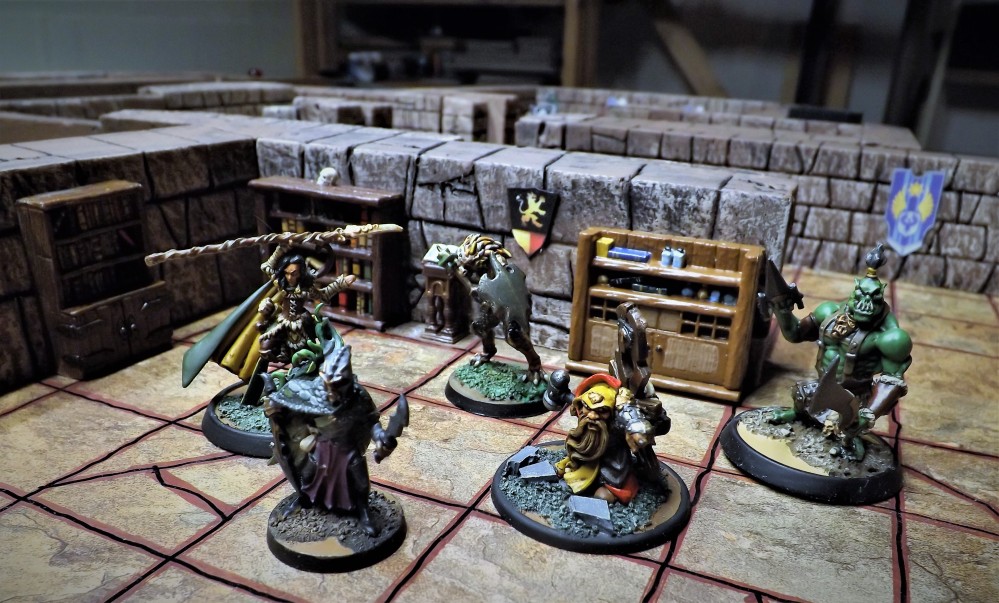 Advancing cautiously, the group entered the library, weapons ready. When nothing dropped down out of the ceiling or sprang from the shadows, the proceeded to search the bookshelves in the far wall and the pile of debris on their right. The only unusual thing about the room was the loose flagstones under their boots – as if the library’s floor was poorly set on sand – and a strong odor of freshly turned dirt.

A search revealed several items including a tome of engraved copper plates, half a dozen strange gold coins, several jars of mystery ointments, and a thin, silver letter opener.

“What am I supposed to do with this?” the Ork asked. “Help a werewolf open his mail?”

Before the Paladin could come up with a snarky reply, the floor erupted in a shower of dirt and rocks…. a carrion worm!

The ensuing battle lasted a number of rounds, with the worm retreating back into its hole only to reappear somewhere else. Consequently, the fighting moved from the library to the next corridor to the large pillared room outside Tharnulf’s Chamber.

As the larger half of the party moved down the passage in pursuit of the worm, they triggered the next wave of hostiles: a mob of goblin scuttlers, backed by a gibbering shaman and a drooling brute.

“Never split the party”  is time-worn, proven advice. But they did and it almost cost the adventurers the game. Fortunately, some good rolling and a Gruesome Kill helped our heroes fight off the attack. 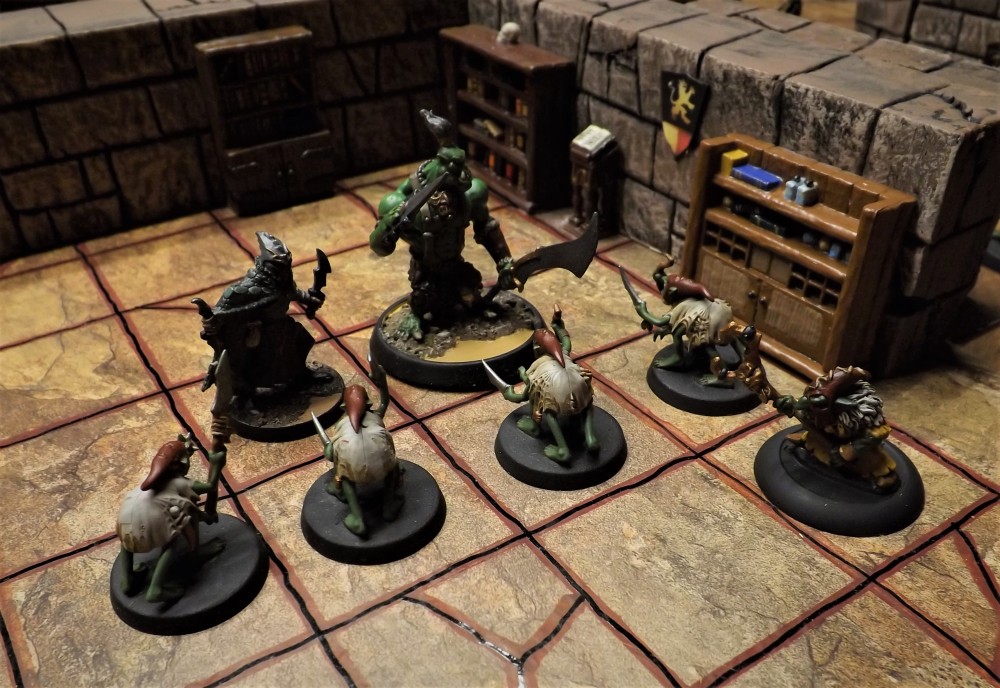 When the last surviving scuttler had fled wailing down the dark passages, the bloodied, exhausted party found themselves outside Thernulf’s Chamber. The passage however, was blocked by a mysterious well. An eerie glow emanated from its depths and the head of an ancient goddess was carved on the standing slab behind it. From one angle, it appeared the goddess was smiling at the viewer – from another, she snarled.

“Wait a minute…” said the Dwarf. “That looks like the face that’s stamped on those weird coins I found in the library.” 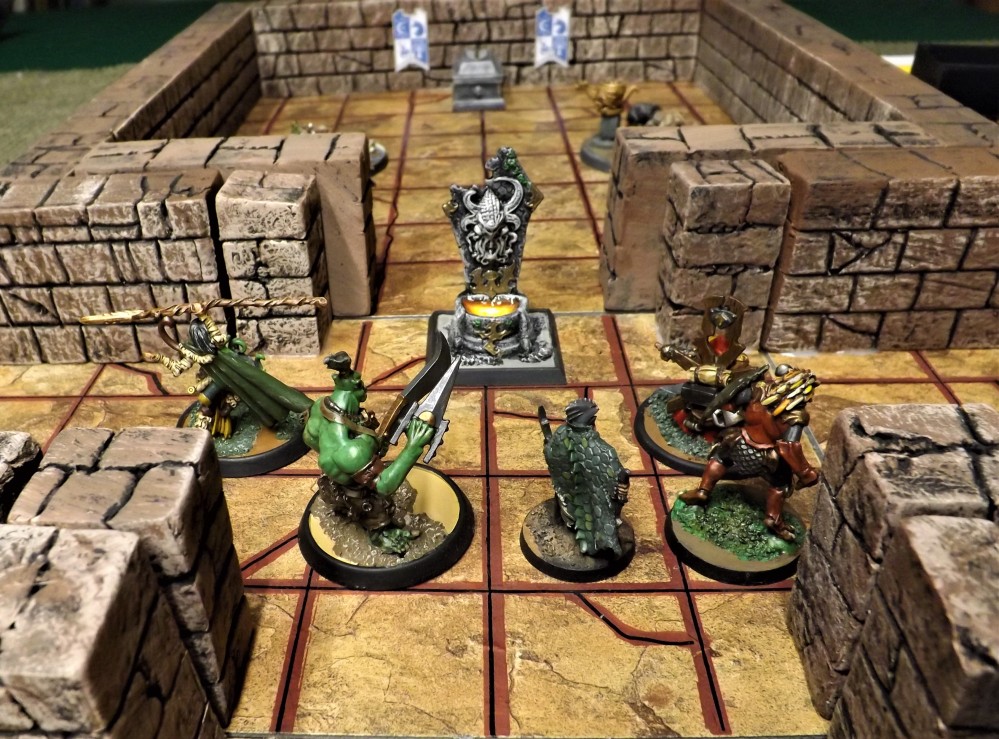