A little side project I’m working on. A cooperative game where players are jacked up Agents sent on corporate black ops.

Guess who played way too much Syndicate back in the day… 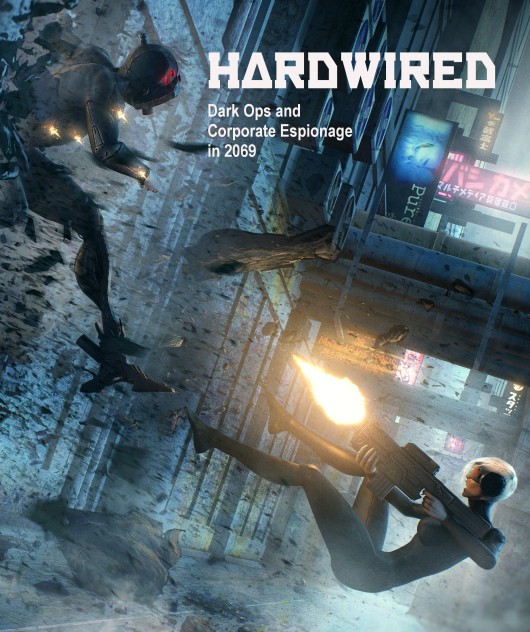 Someone tipped off Han Chou Telemetrics.

04:17 in the Shunyi District, HCT Corporate Zone, you and your crew slipped out the back door of their secure server facility ninety seconds ahead of schedule. That minute and a half saved your life; you caught their Rapid Response Team by surprise. They came at you fast and heavy. You came back faster and heavier. When it was over, they were down but your driver was dead and the get-away was totaled. So the four of you took off running.

Han Chou management won’t call the police – which is good. They’d have to admit to the breach and that would translate into a huge hit to their reputation, as well as their stock values. So they’re handling this in-house – which is bad. That means every HCT Security Specialist and Rent-a-Cop in New Kowloon is gunning for you.

You pulled an all-nighter on this one and there’s a trail of bodies, blood, and bullet casings in the dark alleys of Shunyi to prove it.  Less than an hour of night left, you’re still on foot and low on ammo, but you’re nearly home. Asian-Pacific holo-ads glow in the sky over the buildings just ahead.

Your uplink squirted ‘Package Retrieved’ the second you stepped outside the HCT building, so you know your company will back you when you reach the Neutral Zone. With the UN-enforced ceasefire, Han Chou won’t risk an open confrontation. They’ll have to eat the loss. The nearest checkpoint is just seven blocks away, next to the Yintai Shopping Center.

All you have to do is get there.