Our heroes were escorting a NPC accused of heresy from Thistlehold to the capital when they were ambushed by a contingent of zealous Black Cloaks who charged them with consorting with apostates and spreading arcane corruption. (They happened to be transporting two powerful artifacts as well, ancient weapons recovered during their passage on the Gloaming Roads.) 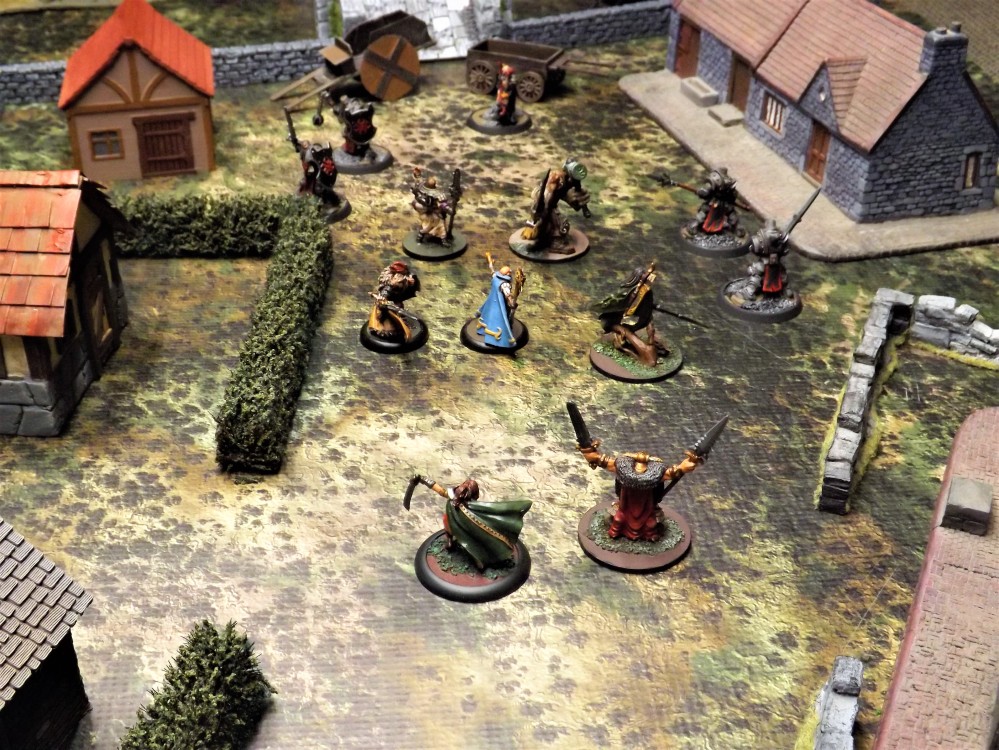 Once again, Max’s Ogre fighter was worth his weight in gold thaler. He’s not much for Sneaking or Social situations but he’s an absolute beast in combat. The combat ended with three dead templars and two prisoners.

We have a couple weeks off but there’s more coming as the intrepid adventurers find themselves drawn into a web of deceit, intrigue, and royal ambition.

Merry Christmas and a Happy, Healthy New Year. All the best to you.

2 thoughts on “Symbaroum: Halls of Power”