Our gaming group is arranging mini-campaigns for our Fall game night schedule. John is currently hammering out the details on one, possibly two Dungeon Crawl RPG sessions. Derek is perusing the Pathfinder version of Interface Zero for some cyberpunk adventures, and Matt ordered the Blood Rage 5th player expansion so newcomer Anti-Patrick can join in the frenzy for glory as the worlds crumble and burn. (We all decided Blood Rage will be our go-to pick up game on those nights when no one has had time to prep.)

For my part, I’m currently writing up a three-game ASoBH campaign titled “Fall of House Navratola”, where a secret brotherhood of ‘Dusk Watchers’ – men and women sworn to hunt down the evil that preys on humankind – investigates arcane and bloody rumors in a remote province  of Trastaya.

To that end, the Dusk Watcher party recently received some reinforcements. The Dusk Warden and Dusk Hunter are joined by a Dusk Medicae and a Dusk Quarreler. A Dusk Skean is in the queue. 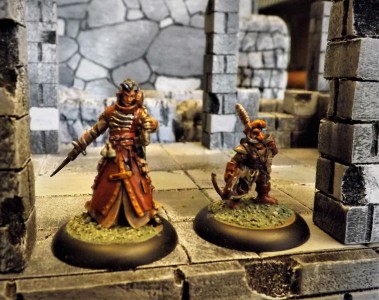 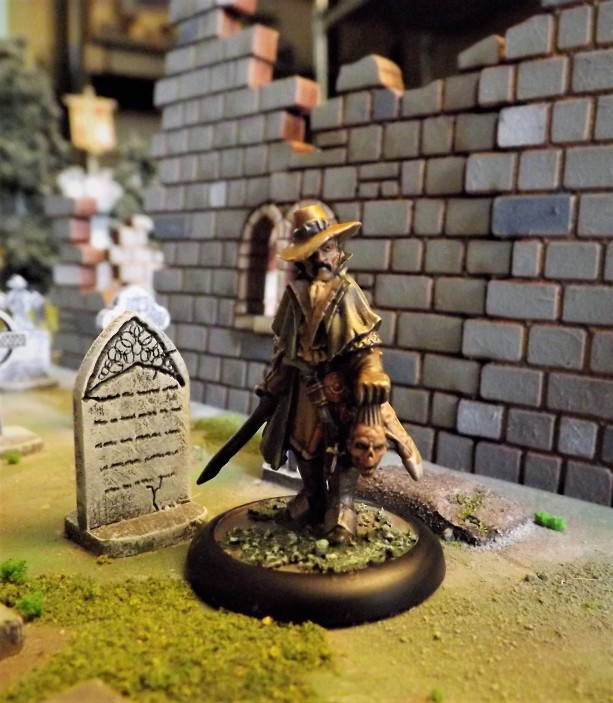 While the Dusk Watchers are formidable, here are some of the ruinous powers that will oppose them: 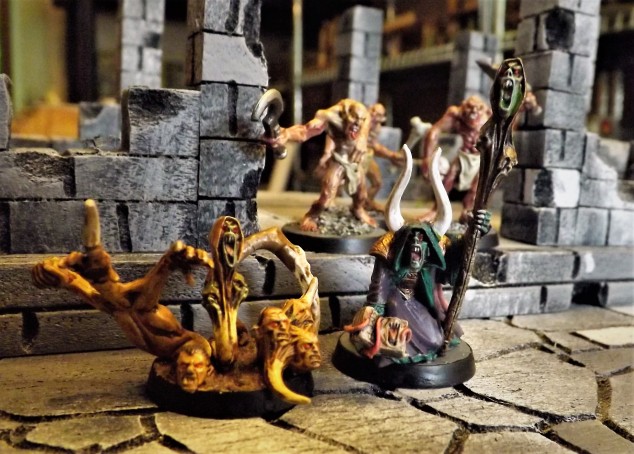 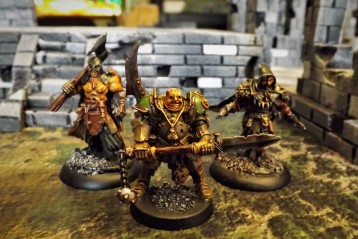 Lastly, speaking of cyberpunk not only have I been leafing through the gorgeous Eclipse Phase rule book during lunch, I wanted to make sure I had suitable figs for whatever Derek cooked up. So here are a couple potentials I fished out of my c-punk storage case. 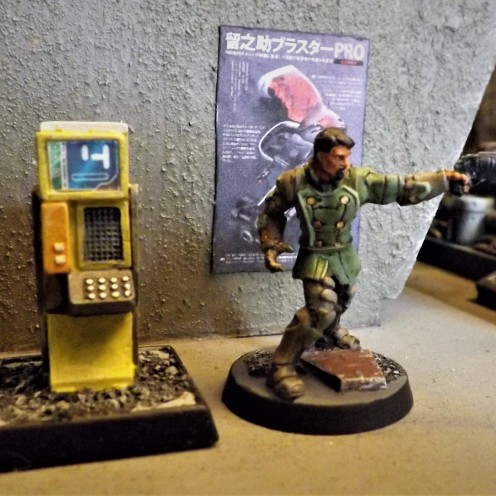 My workshop’s main table is filled with a commission for a large-ish memorial window at the moment, but outlining the third and final House Navratola game last night, I see a terrain project in my future. More on that as it happens.

Til then, have a great day.

2 thoughts on “The Fall of House Navratola”