No pictures this time –  Sorry. Here’s the title piece from the second installment of “The Clar1ty Wars – Under Strange Stars” 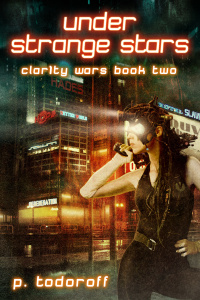