Story from the next Clar1ty Wars installment.

PROLOGUE: AN OCEAN OF STORMS

The man in the deep padded leather couch studied the domes’ apex. Sixteen arched struts joined in a polished steel navel twenty meters overhead. He marveled: it was a flawless join – perfect welding. Not robotic, the man knew: human hands had drawn an electrogas welder over those seams. Some forgotten laborer in a cheap pressure-suit decades ago; skilled and conscientious despite appalling wages and the relentless hazards of deep space construction. An anonymous artist. A serf under a foreign sun.

And now, perhaps for the first time, surrounded by all the black and chrome minimalist opulence, someone finally recognized the only authentic achievement in the room.

The man stopped staring, surveyed the empty lounge. The Executive Lounge. He bristled at the title. More like executive waste. Here he was, one person in a bubble of light and warmth and oxygen that could easily house fifty. Oblivious, entitled, decadent, the Profligate wrung wealth from the sweat and air of thousands of people slaving in the outer stations – people like the nameless worker – then flaunted it in places like this. Profane is it was.

God damn them all.

The tall windows encircling the room swelled with deep, star-dusted black. The lights at the spaceport’s landing pads were bright enough to edge the rough gray of the crater lip in the windows on his right. Without a reference, he couldn’t gauge the distance, but the glass panels were so clear, he swore he could have stepped out one of the frames and bounded across the dark basalt.

He snorted. The electro-stat needed to keep this view dust-free for a month probably cost more than he made in a year. More squandering. He ground his teeth. His old suit, a few hours oxygen, a good ship, and he could be far away from this blight, this mockery, back where God spoke in the endless silence among the frozen dunes. Back where he belonged.

But no. Leaving wasn’t an option. The Prophet had declared a great and effective door was open – only for a season. They must move swiftly, at any price.

And what a price. He tugged his shirt collar for the hundredth time. The tie was still tight, but not knowing how to retie it, he feared loosening it further. The jacket, with its smooth, iridescent silk, bunched under his arms and cinched around his waist. This mission must have cost the brothers dearly; the outfit, a new identity, a Movado Charm, this Shuttle ticket. Yet he had been assured even such extravagant sowing would reap a thousand-fold reward. How then could he refuse?

God willed it. He was coming home.

Drop City was below the horizon. He craned his neck nonetheless, hoping against reason the blue and white orb would peek into view.

He calmed himself. This was a layover – a minor delay. Lakshmi Lunar Station was one stop from the end of his journey; he’d be planetside soon enough.
If he wanted, he could watch the azure oceans and pearl-swirled clouds until they broke atmosphere. After all, Executive Class view screens tapped video feed from all around the shuttle, even the cockpit.

Fifteen years ago, he had been certain he was gone forever. Sentenced to permanent indenture to the biotech giant Genzyme, he been assigned to their deep-space arcology near the gas giant Zang Guo. That day, booster’s shuddering, he had elbowed his way to a bulkhead seat and stared for hours out a tiny porthole, first at the receding pale blue orb, then when the tears dried, at the stars.

There was so much light. He had been stunned to think of space as bright; a billion suns scintillated in the void. The farther out, the clearer they were. Sorrow begets revelation begets rebirth. This too was from the hand of the Almighty. 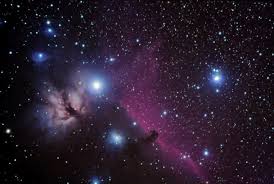 That was long ago and he was here now. Today.

A wall screen beside him pinged on. Twice his height, it blossomed in high-def color. Are they blind as well, that it needed to be so huge? At least the Auto-Serve had stopped pestering him about alcoholic beverages.

The broadcast’s satellite imagery flashed a cotton swirl arcing across a bed of jade-blue. The inane, frowning faces of the newscasters gazed thoughtfully at projected path icons and wind speed data as if they were divining arcane symbols of life and death. Raging thousands of kilometers wide, the storm churned northward toward the capitol.

He smiled at that. He realized years ago irony was God’s most common figure of speech. A storm was coming indeed.

He froze. Panic tingled down his spine. Why were they calling him? Had he missed something?

His cell leader had drilled vigilance into him: every step closer brought another level of surveillance. Threatened, defensive, the Orbital Corporations and their TTA lackeys layered it around their dens: soldiers, monitors, retinal scans, voice and facial recog-ware, chemical and biological sniffers… Paranoia revealed their corrosion, their weakness. He can never relax.

He glanced around without moving his head, checked the reflections in the glass. No CE uniforms burst in, no security turrets sprouted up, no micro-drones…

“Will Mr. Tenuk Jumaat please report to the Check-In at Gate E.”

He stood, swept his hair back, smoothed his jacket. Slender, with dark, delicate Malay features, he looked every inch the refined technocrat. The skin next to his eyes was still tender from where they lased the crow’s feet smooth. Spacer Squint would have been a dead give-away – something Mr. Tenuk Jumaat would never have.

No, everything was fine. He pulled disdain on to his face like a helmet visor and strode out the door.

Twin female TTA attendants, eerily beautiful in their bio-sculpted symmetry, perked up as he approached the desk.

The one on the left smiled as bright as an arc-light. “I’m so sorry to disturb you, Mr. Jumaat. We are personally informing all our Executive Class Passengers the storm system has delayed all in-bound flights to Bradbury Space Port. We apologize for the inconvenience.”

The one on the right checked her station screen. “TTA Control is re-routing shuttles as we speak, It shouldn’t be more than a twenty minutes before we have you on your way.”

Relief washed through him but he nodded thoughtfully, just like the newscasters on the wallscreen. “No worries. It’s the season for storms, right?”