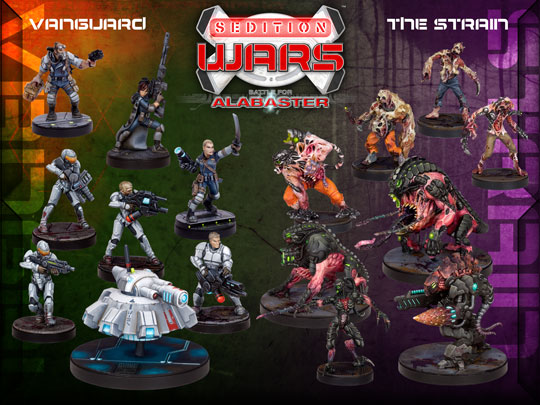 Read the article at the link for more information. Basically it’s  a sci fi, deep-space board game in the vein of Dead Space and Aliens. The crowd-funding method of 4000 plus backers raised nearly one million dollars to see the game enter production.

I pledged a Biohazard level, plus additional for some of the extras. I’ll end up with double the regular amount of figs, all kinds of special characters and terrain. A screaming deal if wargaming is your thing. This was my first participation in a Kickstarter campaign and I’m glad it went so well.

Not to be a buzz-kill, but I can’t help but think if that same crowd-funding technique and passion couldn’t be poured into non-recreational, charitable causes.